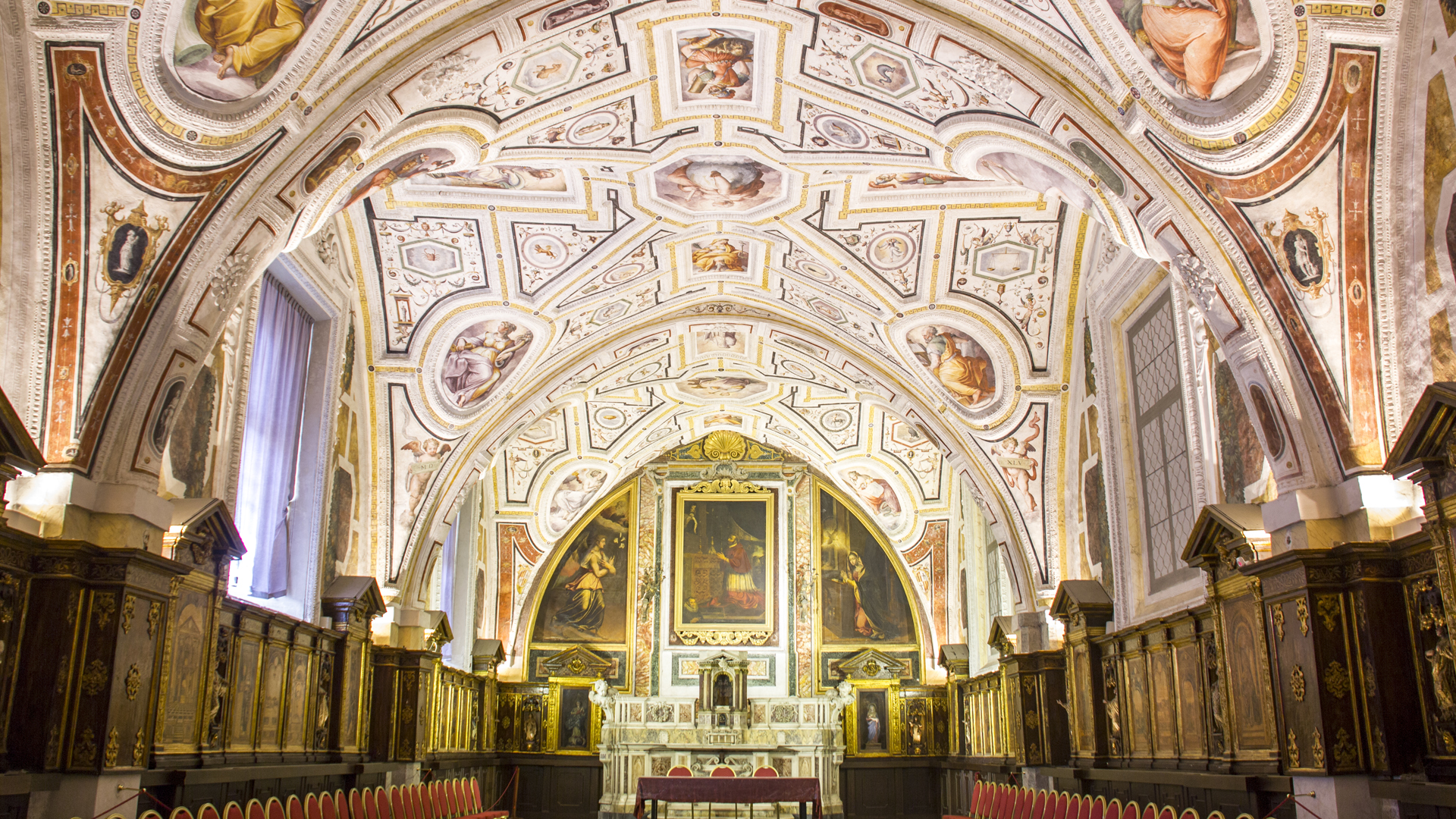 The church of Santa Maria di Monteoliveto, better known as Sant’Anna dei Lombardi, can be considered the emblem of the Tuscan and Neapolitan Renaissance. The foundation, dating back to 1411, was the work of Gurello Origlia, protonotary of the king of Naples, Ladislao of Durazzo, who was responsible for the construction of the monastic complex of the Olivetan fathers. At the time of the foundation, the monastic complex was outside the city walls, enriched by four cloisters, now incorporated in the nearby Pastrengo Barracks or leaning against the Post Office Palace, where the Great Cloister stood, a place of meditation, recollection and study. Monteoliveto was a complex very dear to the Aragonese dynasty: in particular to the Duke of Calabria, then King Alfonso II, who almost daily, when he was in town, went there to hear Mass. During the 16th century the church was enriched by numerous sculptures, altars and sepulchres, so much so that it represents, like San Domenico Maggiore and San Giovanni a Carbonara, the privileged place for the knowledge of Neapolitan sculpture of that century ; as well as of primary importance are the paintings that Monteoliveto preserves, evidence of the fertile relationships between the “foreigners” and the Neapolitan painting of the mid-1500s: the Tuscan Giorgio Vasari and the Spanish Pedro Rubiales.