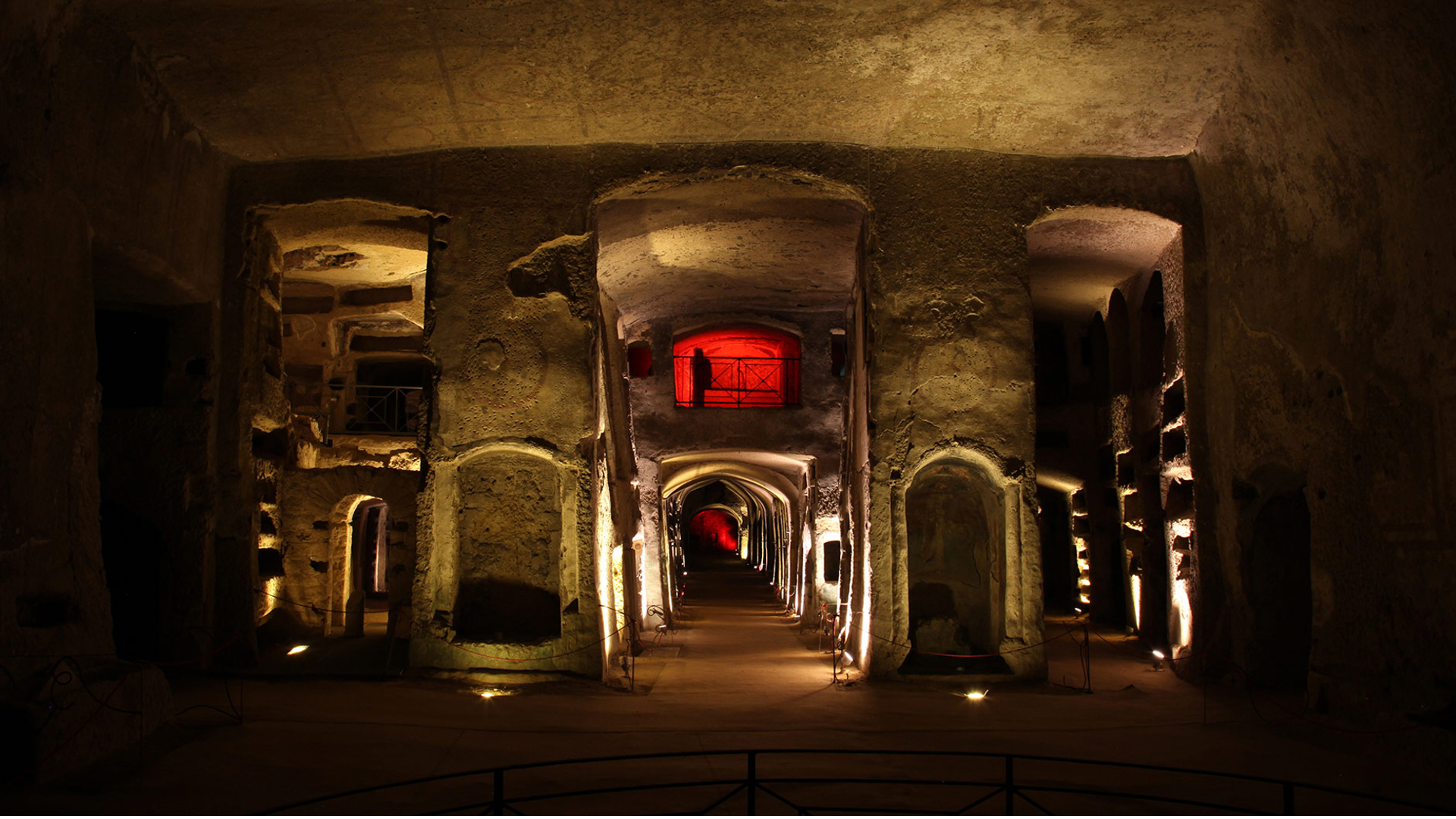 $0 $0 per person
Starting from 1 January 2023 you are entitled to access only with a reduced ticket.
The visit to Catacombs of Naples includes Catacombs of San Gennaro and Catacombs of San Gaudioso. The visit counts as one admission.
The catacombs of San Gennaro are underground cemeteries, the highest expression of Christianity in Naples. They take their name from the saint who was buried there in 305 AD, transforming the catacombs in a place of worship of the city. Since then the number of tombs grew exponentially so it became necessary to extend the ambulatories and excavate the earth to make room for other tombs. There are frescoes that portray the deceased buried within the cemetery areas.
The catacombs of San Gaudioso are the second most important underground cemetery of Naples after the catacombs of San Gennaro. The catacombs were built below the Abbey (Badia) of the church of Santa Maria alla Sanità in the Early Christian era. They contain frescoes and mosaics dating from the 5th and 6th century to the 17th century and an important fresco by Ascentius portraying the apostle Peter dating to the 5th century AD.
Cultural Sites
Underground paths and natural caves